No Win-No Fee Policy: 5 Things You Need to Know 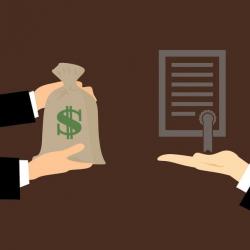 A No-win, No-fee is an agreement between the claimant and personal injury lawyer, which bars the lawyer from earning the contingency fee in case of claim failure. This policy helps the client to pursue legal action again without risking their finances. Here are 5 things one must know about the policy: What to do if ‘no win, no fee’ claim is successful? After we get to know that our claim is successful, we will need to... ❯❯❯

The affordable housing crisis appears to be reaching critical mass, and officials are now turning their attention to zoning laws in an effort to encourage cost-effectively manufactured homeownership for working families. The American dream has turned into something of a nightmare. The rising cost of homes has reportedly become so burdensome that upwards of 43 million households squander money renting. According to reports, that number... ❯❯❯

In the event of family litigation, what do you do first? One of the most important things to do is to find a good family lawyer. It seems an obvious course of action. However, the truth is that there are people in Perth and across Australia who don’t hire a family lawyer for their own personal reasons. Sometimes, doing this can produce favourable results. More often than not, however, it will end unfavourably. That’s why... ❯❯❯

Managing Millennials: How Law Firms Can Adapt to the New Generation of Employees 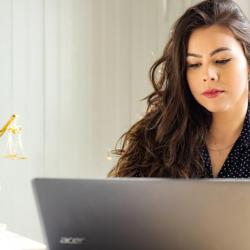 The following is adapted from The Case for Culture. (Royalty free image: https://unsplash.com/photos/zd8px974bC8, Credit: Unsplash / matfelipe) Millennials make up 35 percent of the general workforce and it will not be long before they are the majority, and yet many more-experienced professionals still don’t quite know what to make of them. Stereotypes abound, often negative: “Millennials are lazy... ❯❯❯

How to Support Your Children Through a Divorce

As a loving parent, your natural response is to want to protect your children from any aspects of divorce that they find distressing. While your divorce is necessary — both for your own emotional wellbeing, and your childrens’ long term happiness — it can be difficult to know how best to support your kids during this initial period of upheaval.  You’ll always work hard for your children’s happiness,... ❯❯❯

There may come a time when you are mistakenly accused of a crime that you did not commit. And though the truth may be on your side, fighting to clear your name is not an easy thing. It doesn’t help that the criminal justice system is hard to navigate. Even one wrong move could turn the odds against you. So you shouldn’t engage in any legal battle without sound advice and representation. That’s why you’ll want... ❯❯❯

How AB5 affects Uber and Lyft

The destruction of the AB5 law has wreaked havoc on the gig economy, and many people have fallen victim to it from freelance writers to freelance photographers to musicians to drivers for Uber and Lyft. The devastation in its wake has left hundreds of thousands of people without a job in California. Their entire income gutted in a single night because of a selfish woman's passing of the bill known as AB5. The Responsible: Lorena... ❯❯❯

The Process of Appealing a Medicare Decision

Medicare is the primary insurer for most seniors, and for the most part, people are very satisfied with their Medicare coverage. Sometimes, however, Medicare gets it wrong—they deny a service you’re pretty sure they should cover. It’s frustrating when you think Medicare made a mistake, but you’re not without options. You have the right to appeal any decision made by Medicare, Medicare Advantage, or your Medicare... ❯❯❯

Getting stopped by a police officer for DUI is never a circumstance that a person plans for. The presence of a police officer can certainly be very intimidating and a person is never quite sure how to handle the situation. Certainly, after the fact a person is able to reach out to a DUI lawyer and have him or her give guidance in the process. But what about the decisions that one must make on the side of the road? Should a person agree... ❯❯❯